The View from Ireland 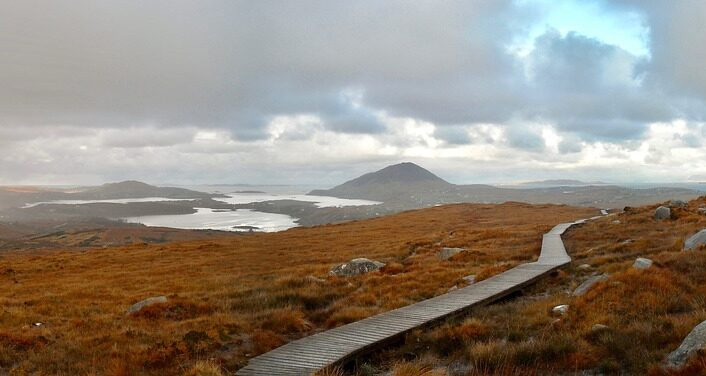 The Irish lending and property markets continue to present broadly attractive conditions for alternative and non-bank lenders albeit the looming uncertainty of Brexit does present a cloud.

The demand for credit has remained strong as supply from traditional banks into property investment and development remains constrained. This allied to wider structural challenges continues to restrict the delivery of new property to levels below the needs of the economy. The resulting supply demand imbalances are supportive of asset values and lending cases. Brexit uncertainty aside, the economic backdrop has continued to be supportive as the Irish economy has proved resilient and relatively successful.

Supply and demand imbalances are most acute in the residential market where c21,000 new build units are forecast for completion this year versus an estimated economic need of between 32,000 and 38,000*. Within this, new trends have emerged and are evolving. The most notable has been the emergence of a ‘Build to Rent’ (BTR) model where homes are built for sale to landlords rather than owner occupiers. BTR is by no means the dominant form of development in the market but it has grown considerably in scale and has permeated most segments in one form or another. Much media commentary has focussed on the large, wholesale end where big schemes – typically (though not always) apartments – are being built for the Private Rented Sector (PRS). PRS has emerged over the past five years as an institutional asset class that larger international capital has expanding demand for. The emergence of PRS is changing the occupational make-up of Dublin towards a model more prevalent in continental Europe where 25% plus of households are in private rented accommodation.

Underpinning the residential and broader Irish property market is the strong performance of the wider economy.

BTR has also manifested through to the smaller end of the supply pipeline typically around the servicing of social and affordable demand. In these cases the landlords or purchasers are often non-profit organisations such as housing associations, charities and other similar bodies with a housing focus. However private capital, typically in the form of local and smaller scale pension fund money is also active. The occupier model here is underpinned by government support that can vary from a full local government rental guarantee through to assistance payments that subsidies a portion of the rent.

Both traditional and alternative lenders are actively funding the development that is evolving to meet the demand from BTR. The lending cases are enhanced by pre-sales to institutional capital at the larger end through to the government support that underpins the smaller end. Traditional lenders loan to cost and value ratios are increasing and the advantage for alternatives has moved towards speed of delivery. This remains vital to the viability of many schemes and alternative lenders continue to be an important delivery component, most particularly, but not exclusively, at the smaller end of the market.

Underpinning the residential and broader Irish property market is the strong performance of the wider economy. In 2018 Irish GDP expanded by an impressive 6.7% and is forecast to increase by 4.1% in 2019**. Unemployment has continually decreased in recent years to c4% at present**, a level that de-facto equates to full employment. The overall performance makes the Irish economy one of the best performing in Europe.

However, the picture is not exclusively positive: the Irish economy also faces uncertainties from the international environment including possible downturns in the economies of its much larger trading partners (EU, UK and US). The largest uncertainty by far is the threat of a no deal Brexit with the Irish government forecasting economic growth declining from an expected 4.1% in 2019 to a negligible 0.5% in 2020 under this scenario. Of even greater immediate concern would be the potential disruption to Ireland’s import procurement capability, much of which comes from or through the UK; with any such disruption likely to be felt, at some level, through most aspects of the economy (including at both the household and business end). On the export side, the indigenous, agri-business sector is particularly exposed but against this the foreign direct investment economy of Dublin is more insulated and protected. In fact, as an established financial and international business centre and the only sizeable remaining English speaking city in the EU post Brexit, Dublin may well, if initial disruption can be absorbed, be a net winner even in a no deal scenario.

Risk Warning: You could lose all or part of your capital. Indicated returns, unless otherwise stated, are shown before any provision for bad debts and may be subject to tax.

Funding through Sancus is entirely at your own risk and the decision whether or not to is solely yours. The return on any funding opportunity is dependent on a number of factors and cannot be guaranteed. We cannot give assurances as to the creditworthiness of any borrowers, the collectability of any repayment, the quality and accuracy of any information obtained in respect of any funding opportunity or the enforceability of any security. In the event of a default, the timescales and outcome of any recovery is inherently uncertain. By using the platform, you knowingly accept the foregoing risks and you further accept that the role of Sancus is limited to providing an online marketplace for users and that information obtained from Sancus does not constitute legal, financial, tax or other advice or recommendation in relation to a funding opportunity, and you will conduct your own research and form your own opinion as to whether or not to participate in a funding opportunity. There is no recourse to the Financial Services Compensation Scheme, or other such government run compensation schemes. The UK platform is operated by Sancus Lending (UK) Limited, a UK incorporated company which is authorised and regulated by the Financial Conduct Authority, firm reference number 593992.